Ponemon Study: 53 Percent of IT Security Leaders Don’t Know if Cybersecurity Tools are Working Despite an Average of $18.4 Million Annual Spend

SAN DIEGO, July 30, 2019 — AttackIQ™, a leader in the emerging market of continuous security validation, today released a report based on Ponemon Institute research evaluating the efficacy of enterprise security strategies. Ponemon surveyed 577 IT and IT security practitioners in the United States who are knowledgeable about their organization’s… Read More

SAN DIEGO, July 30, 2019 — AttackIQ™, a leader in the emerging market of continuous security validation, today released a report based on Ponemon Institute research evaluating the efficacy of enterprise security strategies. Ponemon surveyed 577 IT and IT security practitioners in the United States who are knowledgeable about their organization’s IT security strategy, tactics and technology investments. The results clearly demonstrate that the majority of organizations don’t know if the security tools they deploy are working, and are not confident they can avoid data breaches.

“The significant number of security experts who have observed a security control falsely reporting it blocked a cybersecurity attack is alarming,” said Larry Ponemon, founder and chairman of Ponemon Institute. “When processes and solutions like this fail, many companies respond by throwing more money at the problem. Further security spending needs to be put on hold until enterprise IT and security leaders understand why their current investments are not able to detect and block all known adversary techniques, tactics and procedures.”

According to the findings, organizations are investing heavily in cybersecurity technologies, but their IT teams are unsure if these tools are working as expected in terms of truly protecting the network. Key data points include:

Despite deploying many different cybersecurity solutions, companies are not confident their technology investments, staff and processes can reduce the chances of a data breach. This lack of confidence stems largely from uncertainty in the efficacy of cybersecurity tools and the ability of staff to identify gaps in security and to respond to security incidents in a timely manner. Key data points include:

“Companies are spending far too much money on cybersecurity solutions without knowing if they are effective,” states Brett Galloway, CEO of AttackIQ. “More than half of the experts surveyed admit they are in the dark about how well the technologies they have are working and if they’re truly effective, which is alarming considering companies are relying on these technologies to protect sensitive information including customer data. Organizations must be certain their security measures can effectively prevent critical infrastructure disruption, and AttackIQ was created specifically to meet this need. AttackIQ operationalizes the industry standard MITRE ATT&CK framework to systematically test the efficacy of companies’ security programs, and identifies gaps in coverage or configurations.”

To see this Ponemon research data, download AttackIQ’s report, “The Cybersecurity Illusion: The Emperor Has No Clothes,” here: http://go.attackiq.com/PR-2019-PONEMON-REPORT_LP.html

Larry Ponemon, Carl Wright, chief commercial officer of AttackIQ; and Chris Kennedy, CISO and vice president of customer success of AttackIQ  will discuss the findings of this report and key takeaways for enterprise security in a webinar on Monday, August 19 at 10 a.m. PT. To register to attend the webinar, please visit: http://go.attackiq.com/WB-19Q3-2019-Ponemon-Live-Webinar_LP-PR.html

Sponsored by AttackIQ, Ponemon Institute surveyed 577 IT and IT security practitioners in the United States who are knowledgeable about their organization’s IT security strategy and tactics. More than half of respondents (58 percent) are at or above the supervisory levels.

AttackIQ, a leader in the emerging market of continuous security validation, built the industry’s first platform that enables red and blue teams to test and measure the effectiveness of their security controls and staff. With an open platform, AttackIQ supports the MITRE ATT&CK framework, a curated knowledge base and model for cyber adversary behavior used for planning security improvements and verifying defenses work as expected. AttackIQ’s platform is trusted by leading companies around the world. For more information visit www.attackiq.com. Follow AttackIQ on Twitter, Facebook, LinkedIn, Vimeo, and YouTube. 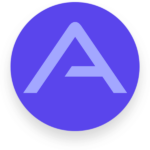 AttackIQ, the leading independent vendor of breach and attack simulation solutions, built the industry’s first Security Optimization Platform for continuous security control validation and improving security program effectiveness and efficiency. AttackIQ is trusted by leading organizations worldwide to plan security improvements and verify that cyberdefenses work as expected, aligned with the MITRE ATT&CK framework. The Company is committed to giving back to the cybersecurity community through its free AttackIQ Academy, open Preactive Security Exchange, and partnership with MITRE Engenuity Center for Threat-Informed Defense.